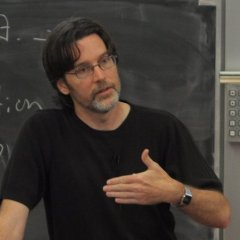 Not registered as user yet

Ken McMillan is a principal researcher at Microsoft Research in Redmond, Washington. He works in formal verification, primarily in model checking for hardware and software. He holds a BS in electrical engineering from the University of Illinois at Urbana (1984), an MS in electrical engineering from Stanford (1986) and a Ph.D. in computer science from Carnegie Mellon (1992). He is the author of the book “Symbolic Model Checking”, and the SMV symbolic model checking system. For his work in model checking, he has received the ACM doctoral dissertation award, the SRC technical excellence award, the ACM Paris Kannelakis award, the Alan Newell award from Carnegie Mellon and the Computer-aided Verification Conference award. He was formerly a member of the technical staff at AT&T Bell Laboratories and a fellow at Cadence research labs.