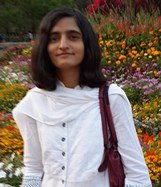 Not registered as user yet

Bio: Suparna Bhattacharya is a Distinguished Technologist in the Hewlett-Packard Enterprise Storage CTO office. She holds a PhD in Computer Science and Automation from the Indian Institute of Science and a B.Tech in Electronics and Electrical communication from IIT Kharagpur. Suparna worked at IBM from 1993-2014, delving into operating systems and file-system internals on various platforms. She made her foray into the Linux kernel in 2000 and got introduced to the joys of working on open source. Her contributions to Linux span multiple areas and she was regularly invited to chair sessions at the Linux Kernel Summit, a by-invitation-only event where key contributors of the Linux Kernel get together to decide the future roadmap of the Kernel. Suparna was elected to the IBM Academy of Technology in 2005 and in 2012, she moved to IBM’s research division after an educational leave of absence to pursue doctoral studies. Her dissertation work on “A systems perspective of software runtime bloat and its power-performance implications” impacted diverse research communities resulting in publications at top-tier venues such at SIGMETRICS, ECOOP, HotOS, HotPower, OOPLSA and ICML and was awarded the best PhD thesis in the department of computer science and automation at IISc. At IBM research, Suparna initiated exploratory projects on software defined memory and systems-software co-design for extreme-scale contextual and cognitive computing. These days at Hewlett-Packard Enterprise, she focuses on the implications of emerging non-volatile memory technologies in future systems.